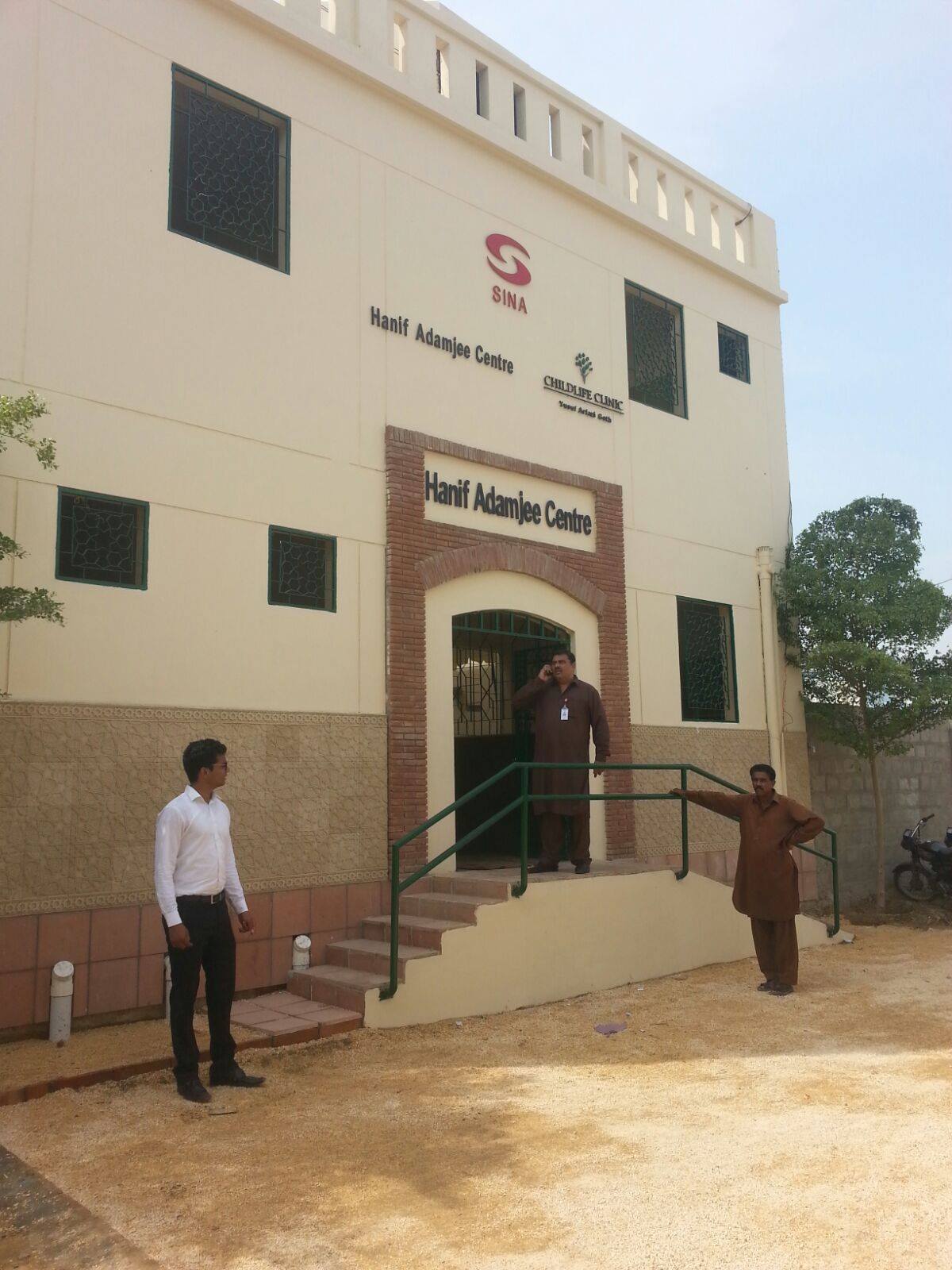 SINA – ChildLife inaugurated their 11th clinic in Yousuf Goth. Yousuf Goth is located in Bin Qasim Town, Karachi and has a population of approximately 315,000 people. The population includes several ethnic groups of which the Sindhi community form the majority. Adjoining areas of Abdullah Goth and Shafi Goth are also expected to benefit from this clinic.

Mr. Khalid Adamjee, trustee of Hanif Adamjee Charitable Trust, supported the construction of this clinic and it will be named “The Hanif Adamjee Centre”.